The cell shown in the layout has the task of automating the production of parts (water heater components) for a primary European group. 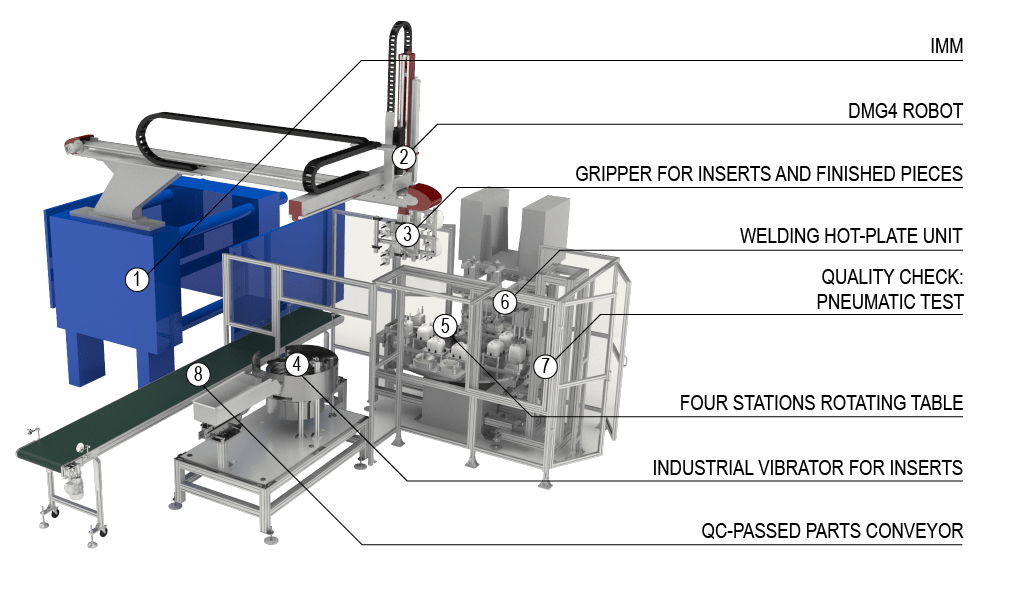 The plant is divided into a pre-process and a post-process part.

Practically, the first part automates the selection (8) and the transfer (by means of the main robot (4) model DMG4) of two metal inserts to be loaded into the mold and over-injected; in the second part, it is the same robot that extracts the molded parts and forwards them for the welding process, positioning them on suitable nests on the rotating table (5).

The welding joins the two halves by means of hot plate welding, the optimal result of which is controlled by an accurate seal measurement system. 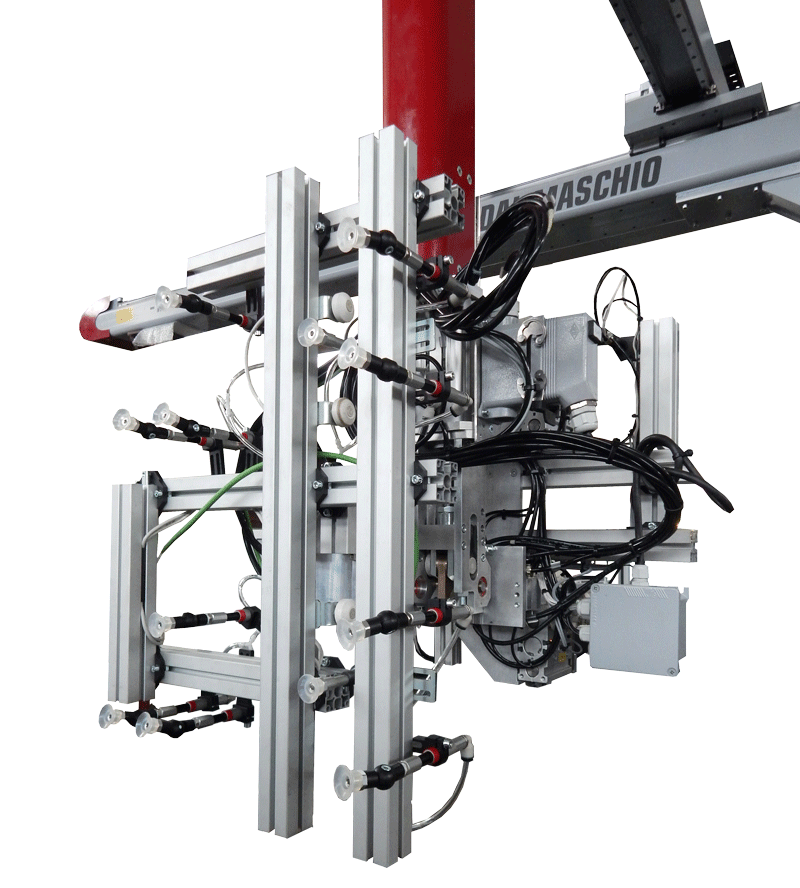 Any discarded containers are released into a carton, while all the others are evacuated on a conveyor belt.

Automation intended for a serbian customer.

My job is to help professionals to achieve their industrial goals whilst having adequate protection along the way.